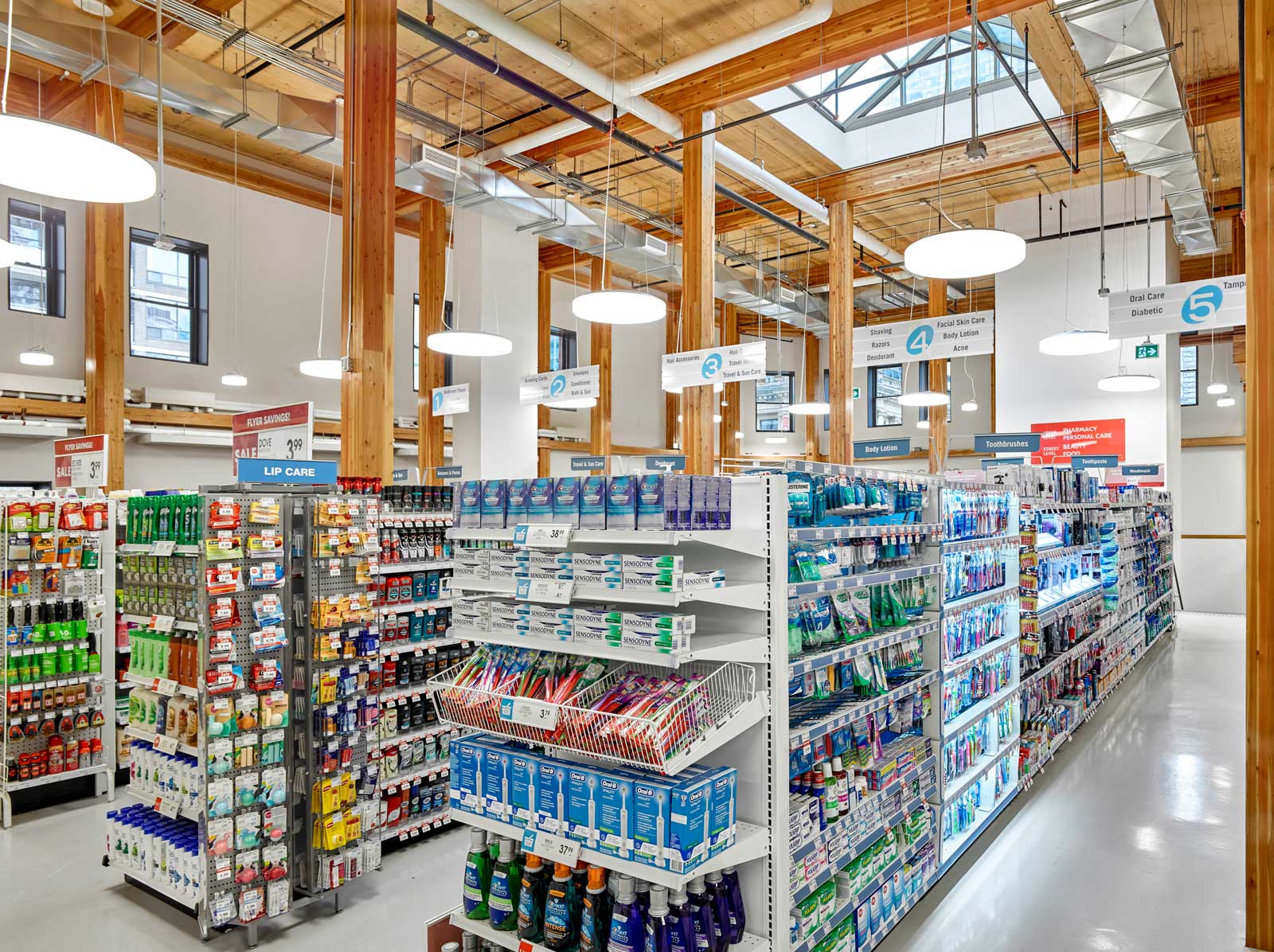 Brook McIlroy is pleased to announce that the mass timber and heritage restoration project at Yonge and Charles Streets in downtown Toronto, with retail spaces occupied by the Shoppers Drug Mart Flagship Store, received partial occupancy on December 19th, 2019, and is now open to shoppers just in time for the holiday season.

At the time that construction started in 2016, it was the first mass timber project to be approved by the City of Toronto. The design retains and restores an 1880s heritage façade located at a key Yonge Street intersection as part of a new four-storey mixed-use development. The building integrates the rich character of the original heritage structure with new contemporary wings sensitive to the proportions and scale of the retained façade.

The design uses innovative mass timber elements, most notably as elevator shafts and exit stairs. This reduces the need for poured concrete construction in favour of carbon-friendly wood construction. Cross-laminated timber (CLT) floors and glue-laminated (glulam) columns and beams create warm and inviting spaces, including a double-height atrium on the second level, flooded with natural light through a large skylight.