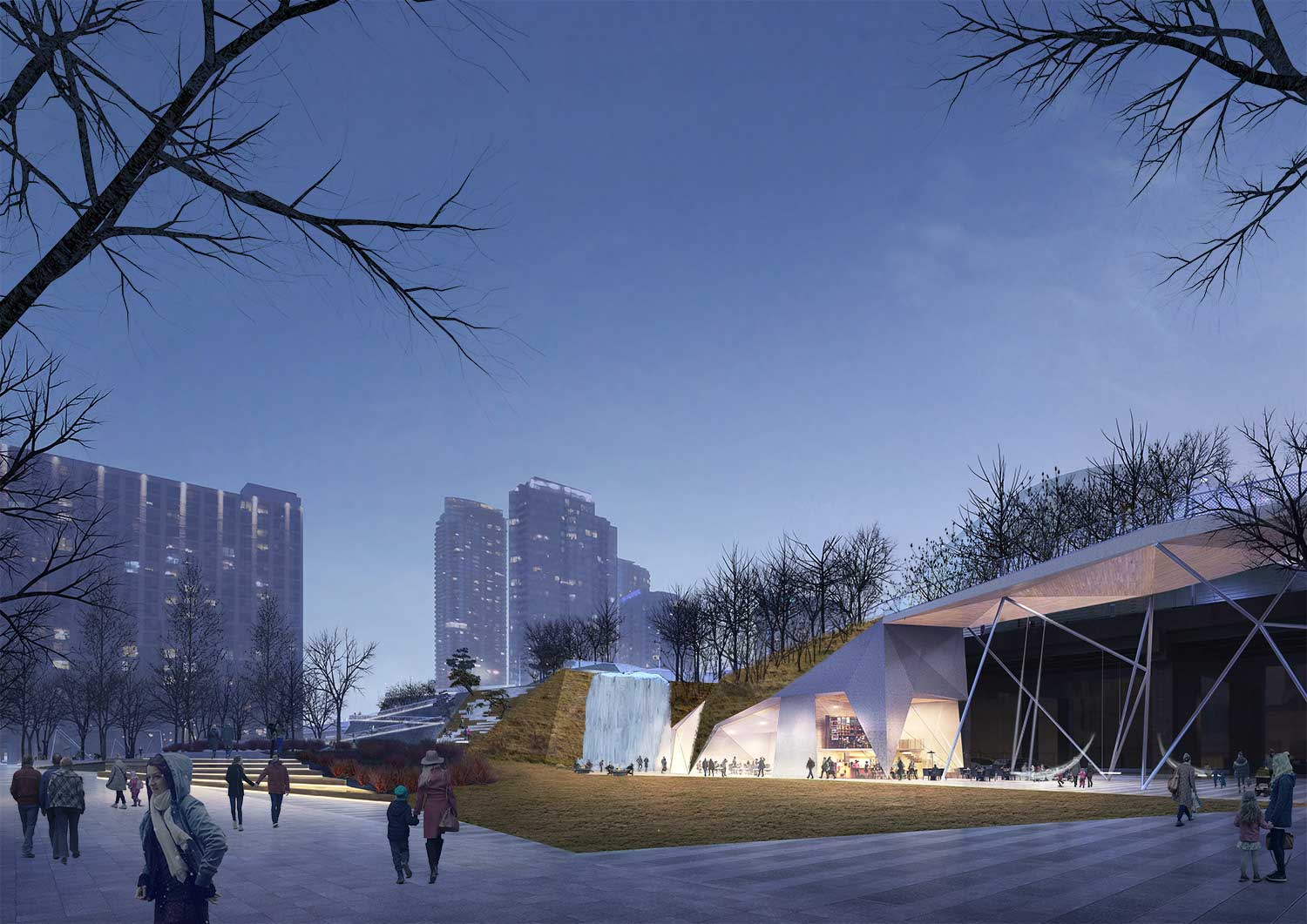 The team of Brook McIlroy and New York-based wHY Architecture was selected as the winner of the international design competition to design the upcoming Rees Street Park on the Toronto Waterfront. The proposed design, Rees Ridge, was inspired by an iconic Toronto landmark, the Scarborough Bluffs, and proposes a bold vertical landscape that creates a pleasant and playful space adjacent to the Gardiner Expressway.

From the jury report: “This proposal is a bold concept for a difficult site—it pushes back and can hold its own against the Gardiner. It was felt that Rees Ridge would change the relationship of the waterfront to the downtown by visually removing the Gardiner for one long city block.” Public comments commended that the proposal “is both original and Toronto-centric in its references”.

For further information, including the jury report and a summary of public feedback, please see the official press release.