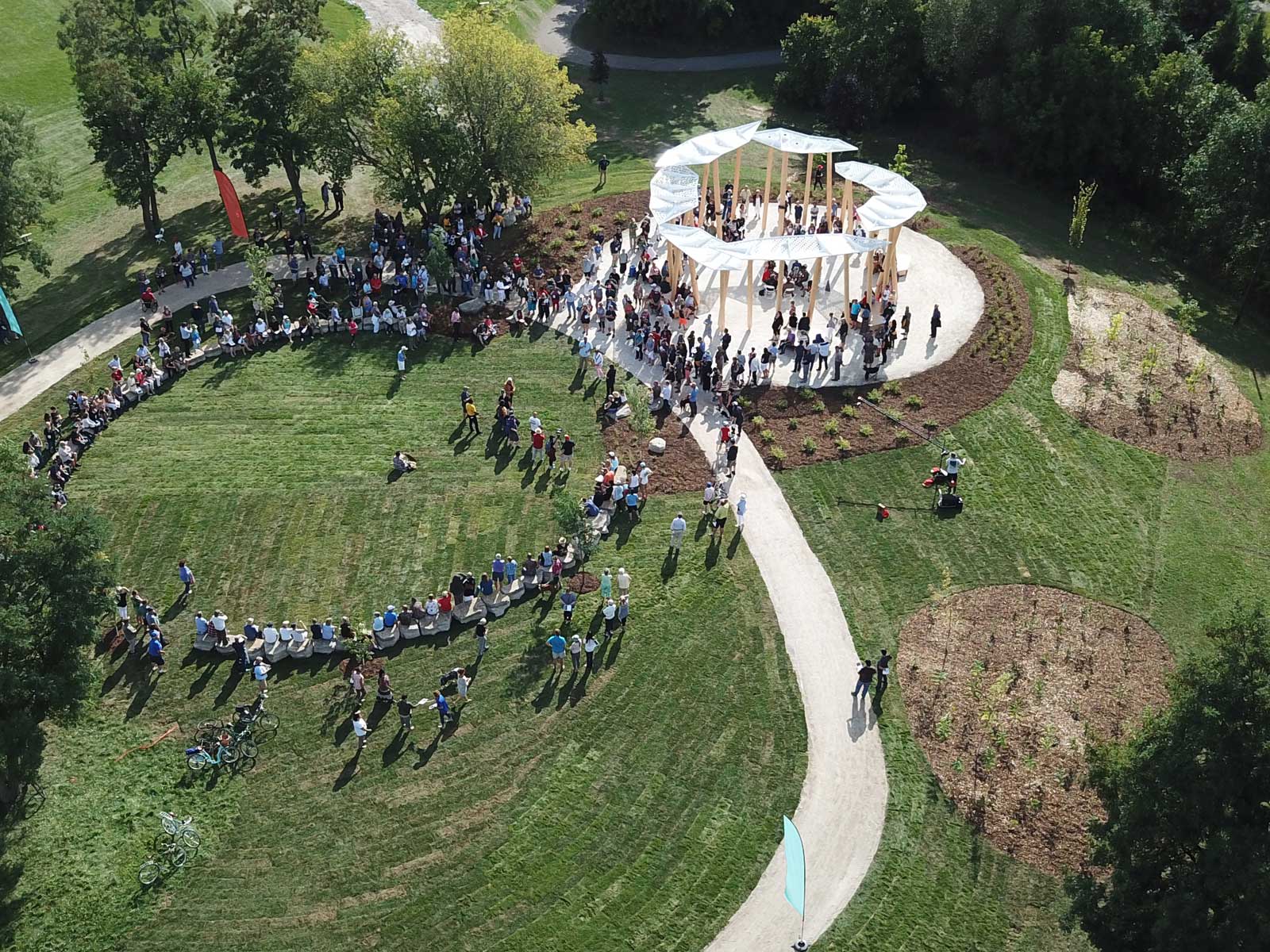 Brook McIlroy’s Indigenous Design Studio announces the opening of the Awen’ Indigenous Gathering Place, a new space for sharing, learning, teaching, ceremony, celebration, and contemplation commissioned by the Town of Collingwood to advance truth and reconciliation.

The Awen’ Gathering Place was designed by Brook McIlroy’s Indigenous Design Studio in collaboration with renowned educator, artist, and poet Dr. Duke Redbird of the Saugeen First Nation. It is an open-air pavilion sited prominently on top of a hill in Harbourview Park, between the lake and the town.

The concept, based on the teachings of Dr. Redbird, is a representation of the layers of the food forest, with each layer linked to one of the Seven Ancestor Teachings. Tilting Alaskan Cedar poles seven metres tall support seven laser cut steel canopies, each of which is cut with a pattern representing plants from a layer of the food forest. Seating platforms below are engraved with the Ancestor Teachings in Ojibwe. The gathering place is lit at night, creating a warm and inviting space visible to the town and the lake.

An Indigenous gathering place was called for in Collingwood’s Waterfront Master Plan, approved last year and also completed by Brook McIlroy. Throughout the consultation process, members of the Collingwood community expressed desire for recognition of the long-standing Indigenous presence on the land. The project caught the imagination of the United Steelworkers Union, who had planned to hold a district convention in Collingwood in September. A gift from the United Steelworkers Union accelerated the project timeline, and union members donated volunteer time during their convention to install the landscaping.