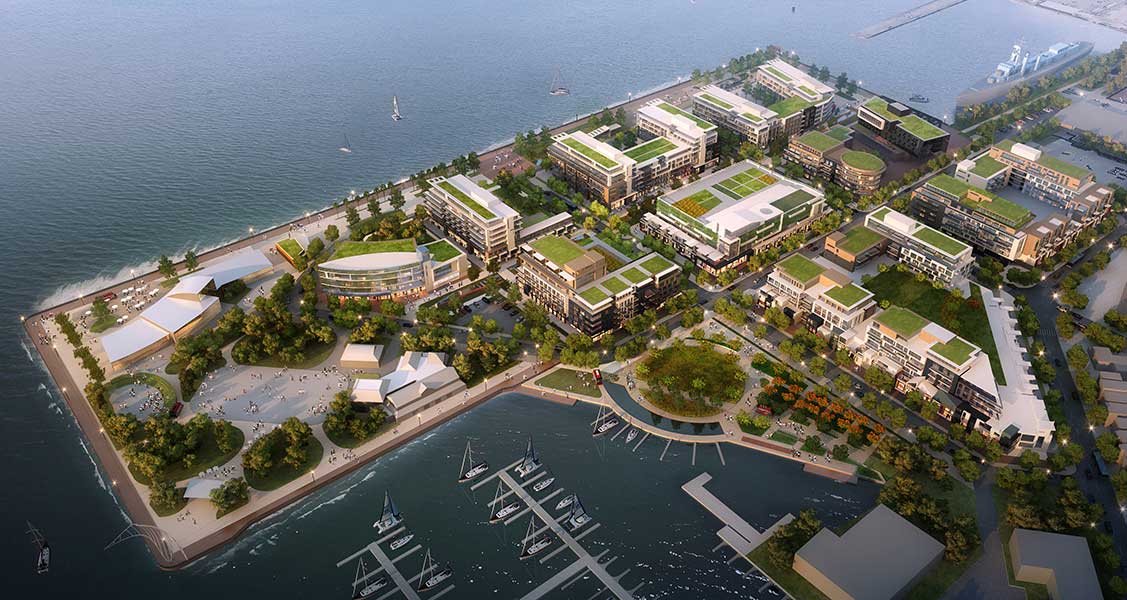 The jury commented that the Mohawk College HOOP Dance “clearly stood out among the submissions—a successful and beautifully executed effort in creating an inviting and meaningful space for the college and surrounding community”. They also praised the integration between the structure and landscape, and that “its position, in the very heart of the campus, symbolizes the potential for reconciliation, Indigenous history education and dialogue”.

The Pier 7 & 8 Master Plan was praised for asserting “an approach to waterfront revitalization that is unique to Hamilton”. It furthermore “reflects an ambitious and long-term vision and provides a robust structure for the ensuing build-out of a new community where attention to public realm will be as important as attention to the area’s built form”.

We would like to thank our collaborators, as well as the City of Hamilton for an inspiring event.