A warming hut dedicated to the lives and memories of Indigenous women, girls and Two-Spirit People

Rainbow Butterfly is a pavilion dedicated to missing and murdered Indigenous women, girls, and Two-Spirited People, and their families and survivors. Its flowing red form and iridescent interior commemorates the experiences and memories of victims and survivors while humanizing their resiliency in an uplifting way.

The design was the result of a poignant, personal process. The project was born from Collective of Voices, a group of Conflict Resolution Studies students who met in a class on non-violent social change at Menno Simons College. They held a public event to further conversations among survivors and family members, which over time led to the idea of the warming hut. Its name, “Rainbow Butterfly”, was gifted to it in a sweat-lodge ceremony led by Indigenous elder Grandmother Candi-Ann Smith. Attendees shared stories of loved ones who had been victims and survivors of violence.

The design team was led by an Indigenous woman architect with three other Indigenous architects and students from diverse backgrounds collaborating on the design. They worked closely with a team of fabricators on the structure, which includes delicate curved ribs that underlie the complex curvature of the metal exterior.

The pavilion is inspired by many layers of symbolism. Its three intwined pieces represent the child, parent, and grandparent, each with its own doorway of a different size to reflect the three generations. All three shelter the central, circular space with iridescent dichroic film inscribed with language translating the name as well as a statements about the pavilion and links to National Inquiry into Missing and Murdered Indigenous Women and Girls 231 Calls to Justice. 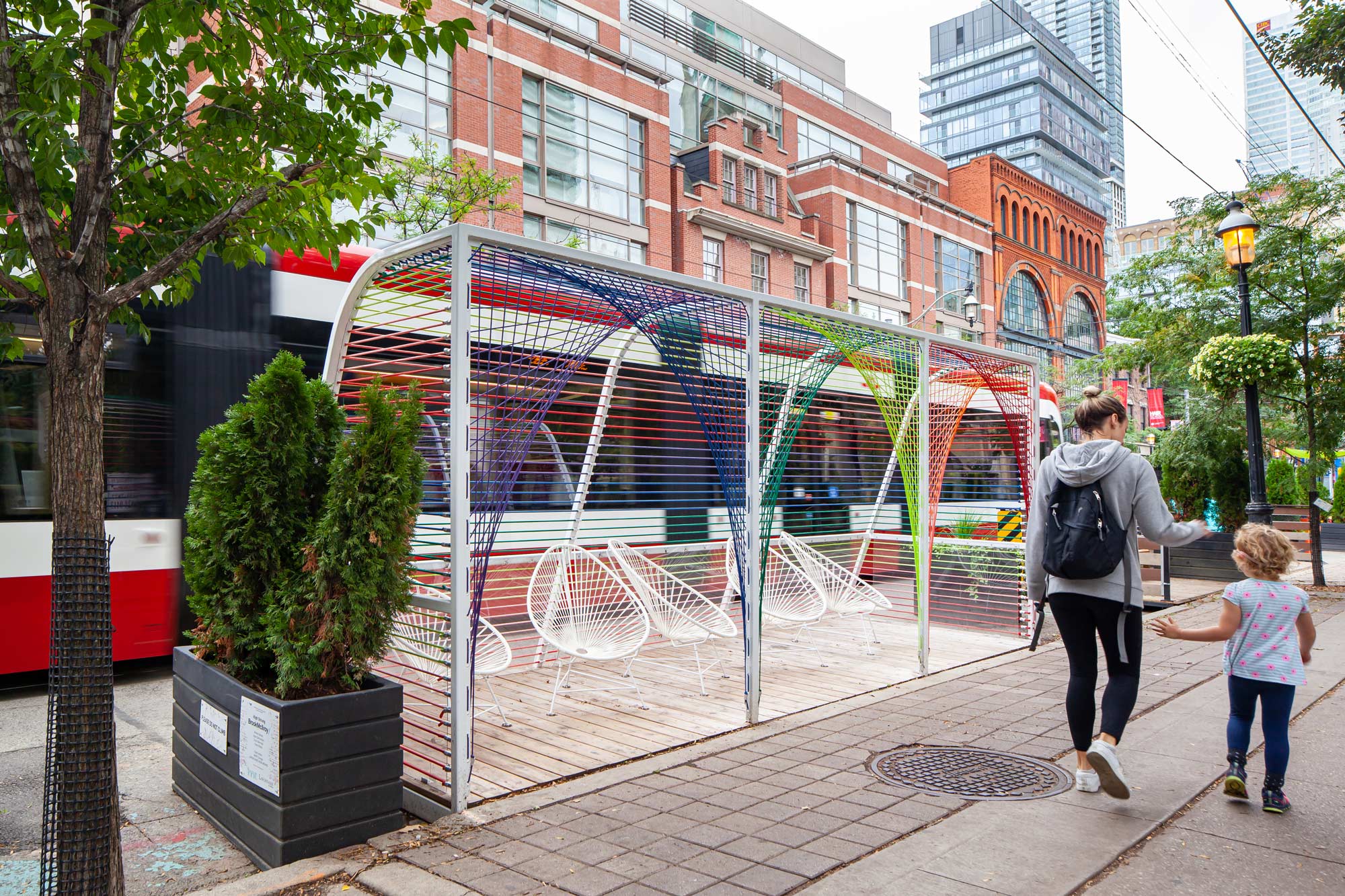 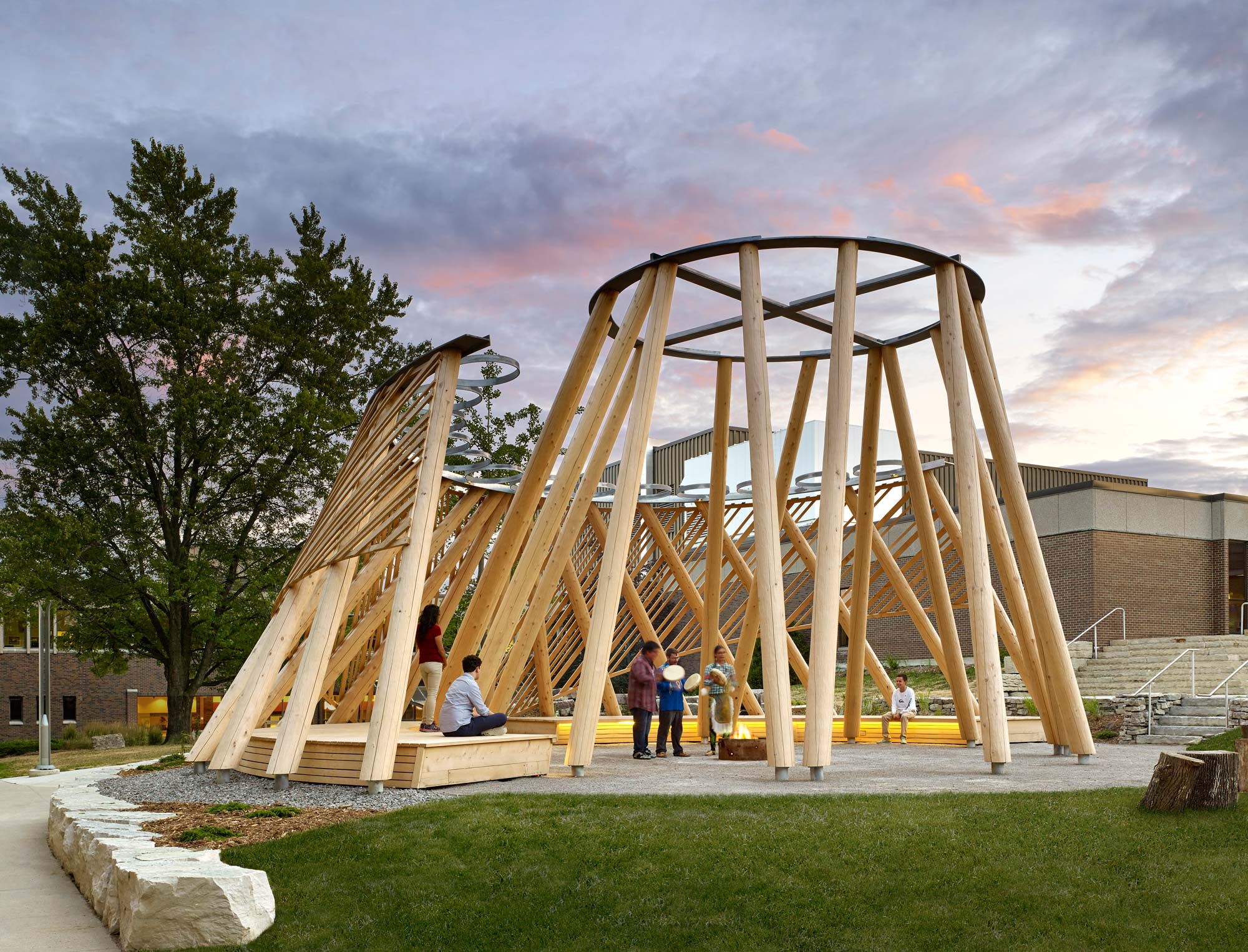